Close
Follow us
UK
Dutch Herberg are currently testing their hydrogen-powered terminal tractor YT203-H2 at a port terminal in Rotterdam. N.C. Nielsen sells Terberg terminal tractors to all of the Scandinavian countries and closely follows the tests that will result in valuable data for the final version of this type of engine.

With these tests, two years of development work culminate during which Terberg and the technology company, zepp.solutions, have found the formula for a hydrogen engine for an existing YT terminal tractor. The new hydrogen engine emphasises Terberg’s innovative approach to technology where the customers can flexibly choose between the electrically powered and the diesel-powered machines - and most like very soon also the hydrogen-powered ones. 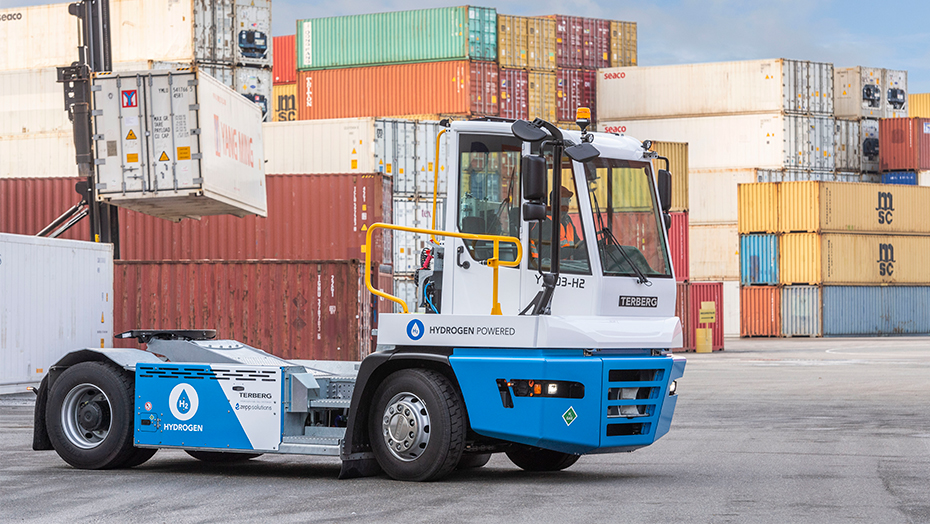 The hydrogen engine from Terberg has been developed based on a sustainable mindset. An increasing number of customers ask for sustainable technology with zero emissions and quiet driveability. The test of the Terberg machine will most likely heavily underline the environmentally friendly and CO2 neutral features of the hydrogen engine without compromising on performance.

The Terberg YT203-H2 is a form of mobile power station that converts chemical energy from pressurised hydrogen to electric current that runs the engine. The terminal tractor is equipped with four 150 litre (350 bar) tanks with a total of 600 litres of hydrogen (containing 14.4 kg of hydrogen) - plenty of energy to keep the engine operational during a long work day. 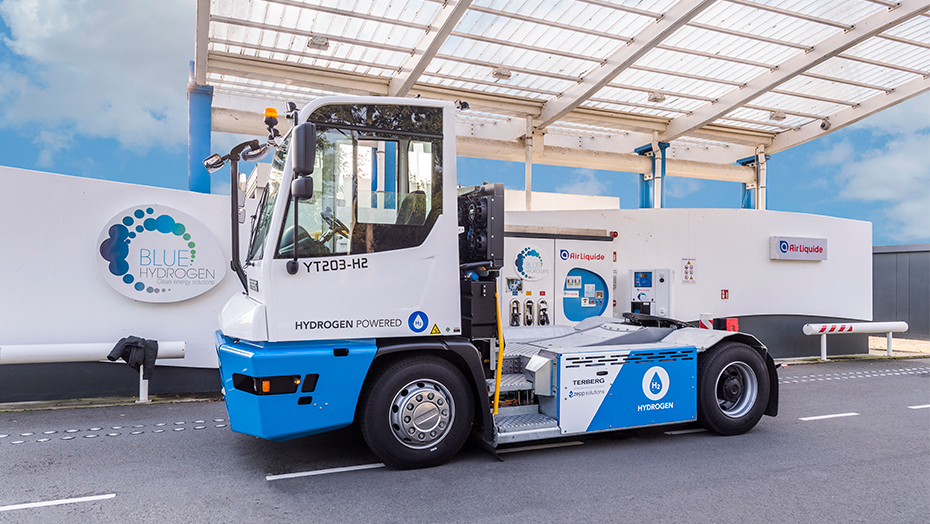 The terminal tractor in the harsh test environment has been developed based on the new and electrically powered YT203 terminal tractor. It excels by being reliable with few movable parts, and maintenance costs are therefore lower than for the corresponding diesel version. Another benefit of the hydrogen engine is the fact that filling up with hydrogen is as fast as filling up with diesel or petrol.

- We are looking forward to receiving the test results from Terberg. Obviously, the hydrogen engines will be tested in many different environments before being put on the market. But I’m convinced that we’ll see Terberg terminal tractors with hydrogen engines in Denmark in the near future. We follow development closely and are looking forward to being able to present the fully developed version to our customers, says Jørgen Peter Lund, Sales Manager, N.C. Nielsen.