Close
Follow us
UK
Case N.C. Nielsen has delivered nine new Terberg RT223 terminal tractors to Fjord Line Denmark. The Norwegian-owned shipping company with its Danish base in Hirtshals plans to replace its entire fleet of terminal tractors. They decided to start using Terberg again, which for many years has been the preferred brand of the shipping company, which depends on reliable, safe and efficient machines for its day-to-day terminal operations.

The work is intense when the flexible combination ferries from Fjord Line come alongside the quay. They have exactly one hour to unload the ship – passenger cars, trucks, semi-trailers, roll trailers, caravans, camper vans and other deck cargo on pallets – and fill the cargo decks again before departure. Terberg terminal tractors work under high pressure here to replace the entire cargo on the 1.35 km of lane metres inside the ship. 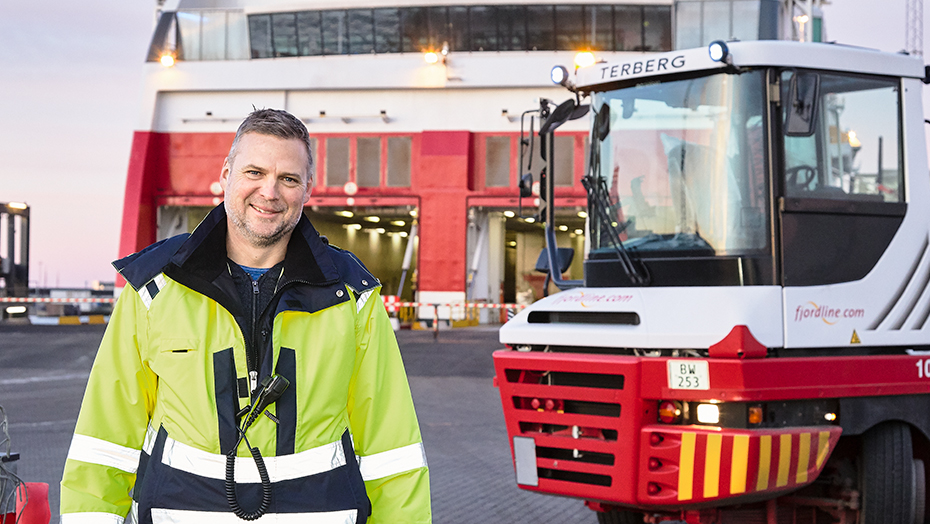 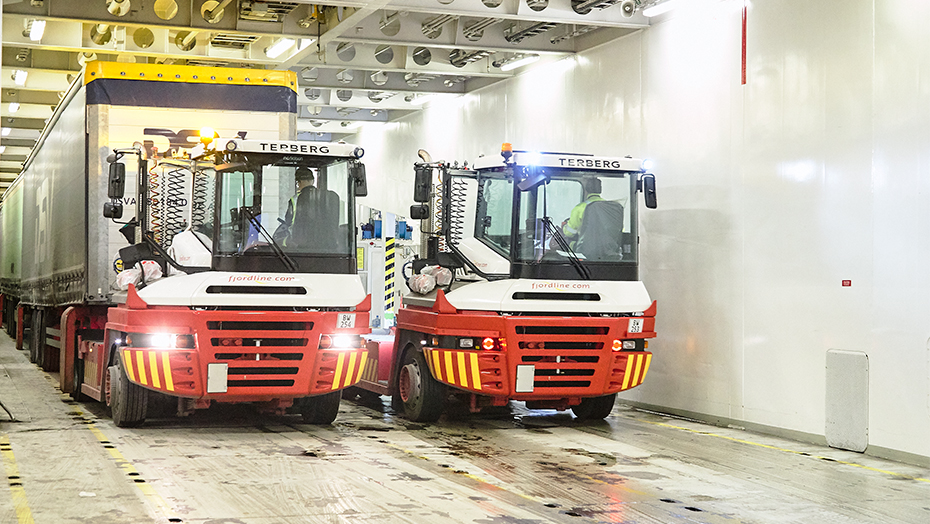 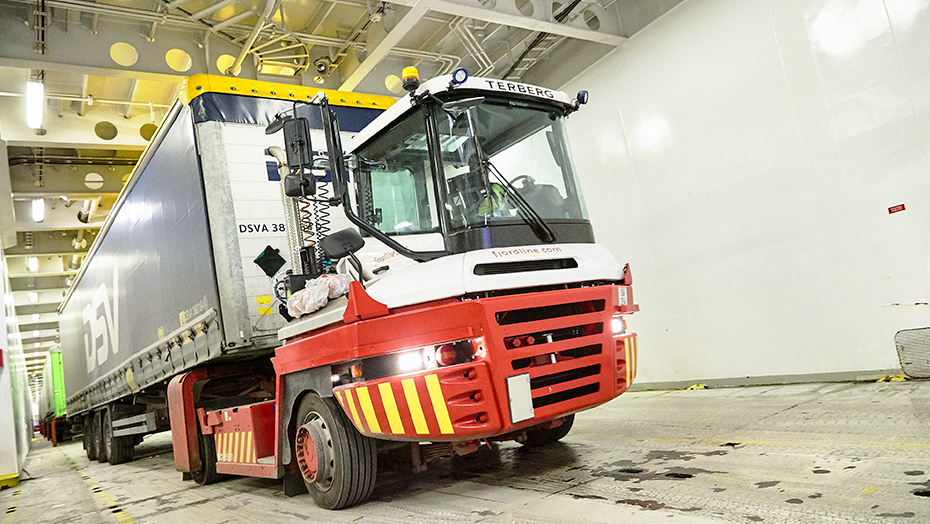 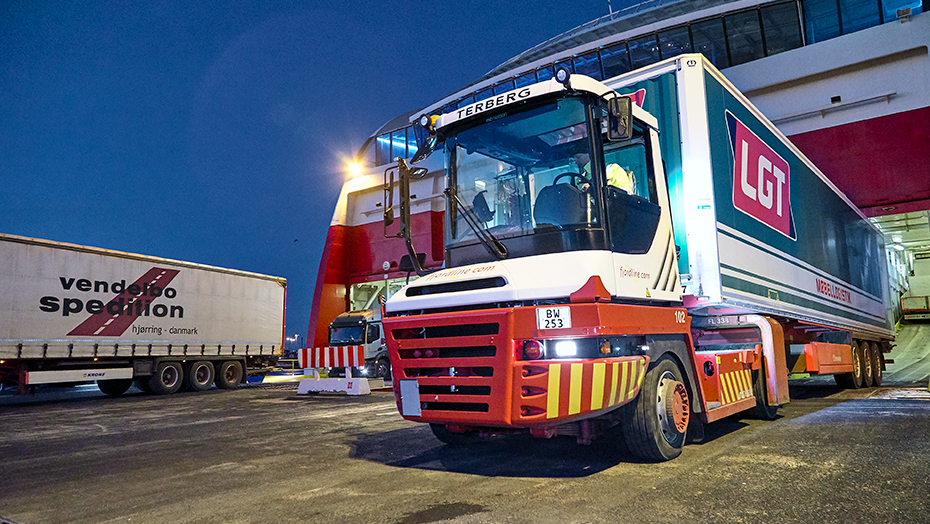 The operation to “turn around” the Fjord Line ferry requires close interaction between people and machines. There is a lot of lively communication on walkie-talkies, and thanks to the low noise level in the Terberg cab, the driver can constantly follow events back and forth and bring the goods to the right locations. Talking of which, the driver’s overall comfort was a decisive factor in the decision:

“We like to look after our employees, so comfort was an important selection criteria. They have to drive over the ramp many times, which is why the air suspension on the machines is crucial. The noise level is low, the driver’s position can be reversed with a single click, the machines accelerate quickly and the new terminal tractors generate minimum pollution. This is completely in line with our environmental policy”, says Terminal Manager Karsten Gaardboe West of Fjord Line Denmark.

Since the beginning of 1993, Fjord Line has established a green profile that is of increasing importance on ferries and in terminals. The company’s latest ships, MS Stavangerfjord and MS Bergenfjord, operate exclusively on environmentally friendly, liquefied natural gas (LNG), which produces much lower greenhouse gas emissions than traditional heavy crude oil. Fjord Line is thus at the leading edge of the new and stricter emissions regulations, and the environmental benefits are significant along the coast and in the four ports visited by Fjord Line’s cruise ships. Energy consumption has been optimised both on ferries and in terminal areas with the use of LED lighting. In 2018, Fjord Line won the Danish Travel Awards for the best passenger shipping line.

The decision to use Terberg machines again must be seen in the context of a long-standing cooperation between N.C. Nielsen and Fjord Line. In addition to the nine new Terberg RT223 terminal tractors, Fjord Line also has a large fleet of Linde trucks that are used to undertake many internal transport tasks when the ferry is in port. This close cooperation played a major role in Fjord Line’s decision:

“We have a sublime cooperation with N.C. Nielsen in every respect. They accommodate our wishes in all matters, they always react quickly and can be relied upon to fulfil their agreements. We have employed some permanent fitters. They come at short notice if there are any technical issues and provide general maintenance. We generally experience a high level of service with N.C. Nielsen. This was definitely a decisive factor in the decision to use Terberg terminal tractors again”, says Terminal Manager Karsten Gaardboe West.

N.C. Nielsen is happy to be able to continue the cooperation with Fjord Line for a further period:

“We are happy with our cooperation with Fjord Line, which is developing in a favourable direction. Working in a ferry terminal places heavy demands on personnel and equipment, where both terminal tractors and different optional equipment ensure the efficient movement of cargo in and out of the ships. The terminal tractors for Fjord Line are, among other things, ADR approved for dangerous goods, have fork traction for trailers, and have been designed with a low loading bed, so they can operate with auto jacks”, says Product Manager Claus Lilleholt of N.C. Nielsen.