Close
Follow us
UK
Press releases N.C. Nielsen has contributed to the green transition at the power station of HOFOR Amagerværket. A combined heavy-handling solution to handle six large grabs on two gigantic Pelikan cranes at the waterfront has been projected, developed and delivered. The grabs are used to empty tons of wood chips from the bulk carriers berthing at Amagerværket.

Two hydraulic Pelikan cranes operate at the waterfront, busy unloading chips from the ships. Around 350 ships call at the port annually with cargoes of certified wood chips from Denmark and the rest of the world. The wood chips are lifted onto a conveyor belt taking them to closed warehouses to check for impurities before landing in a 70 metre high boiler building where combustion occurs. 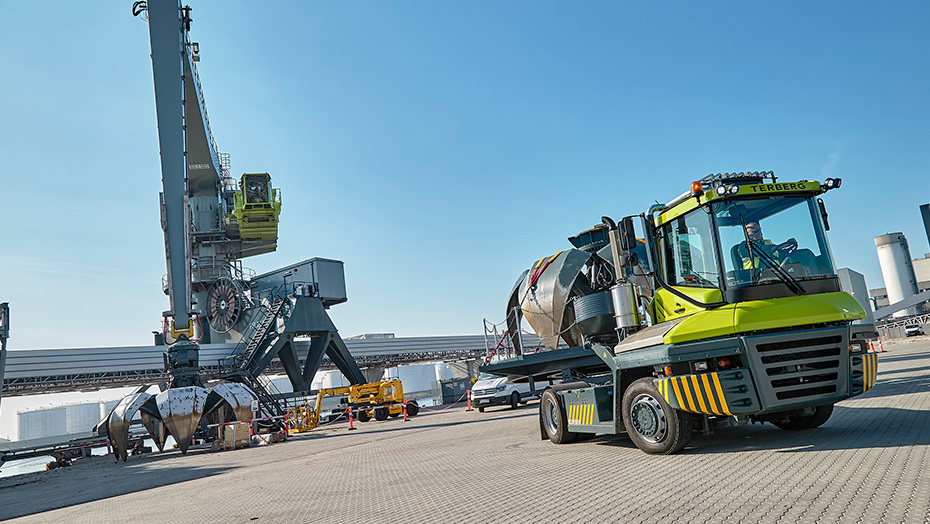 Port cranes and grabs are a vital link in the supply chain. For each crane, a grab of 15 m3, a grab of 21 m3 and a clamp-shield grab are alternately used to remove the wood chip remains from the bottom of the ship. The port cranes manoeuvre quickly, efficiently and very accurately and automatically release the grabs, leaving them at the dock area.

The intense development process results in a customised heavy-handling solution in co-operation between HOFOR and N.C. Nielsen. The code was cracked following meetings, a visit from a project group at N.C. Nielsen and detailed technical calculations: A Terberg RT223 gooseneck, four Seacom roll trailers and two custom-designed transport platforms were to manage daily handling of the extremely heavy grabs.

- We've been far around to solve this specific issue. The conclusion was that we were to design transport platforms based on the format, function and weigh of the large grabs - folded out and folded in. The result was two powerful transport platforms. Together with roll trailers, goosenecks and terminal tractors, they form a complete heavy-handling solution, says Søren Kristensen, Key Account Manager, N.C. Nielsen. 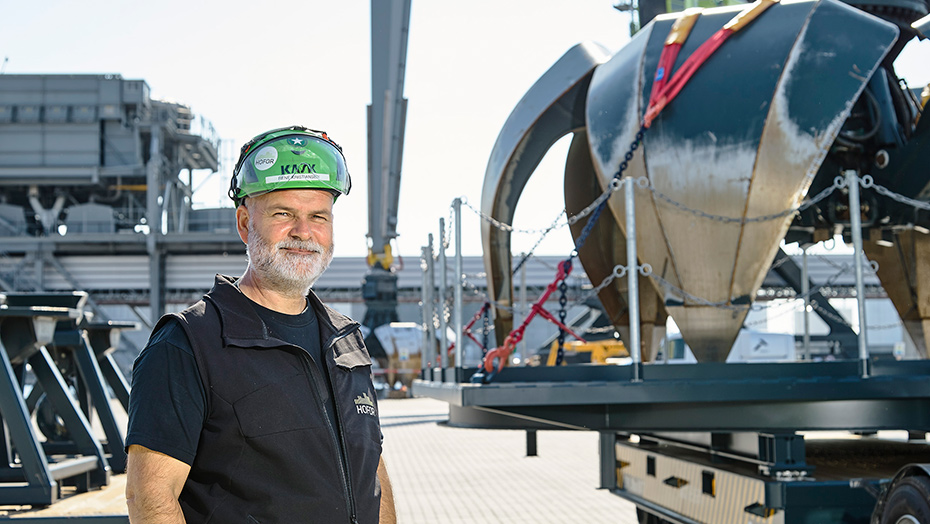 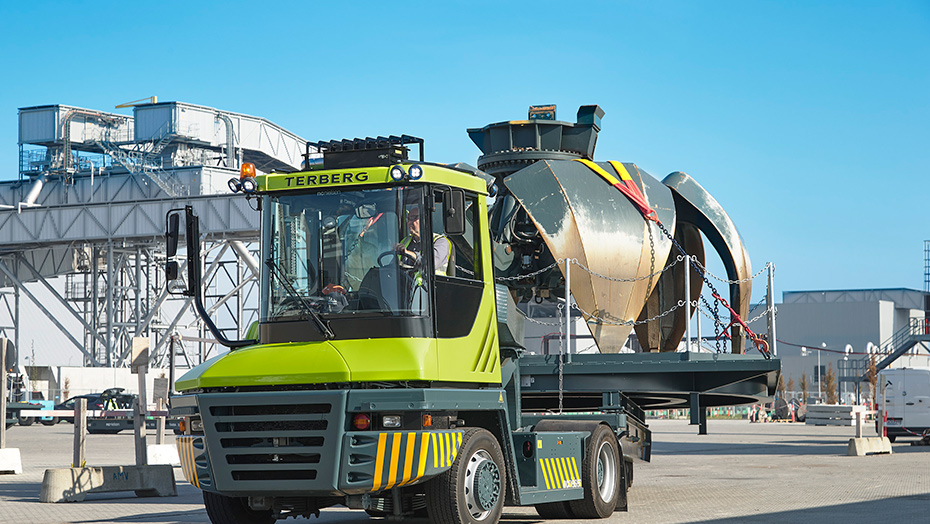 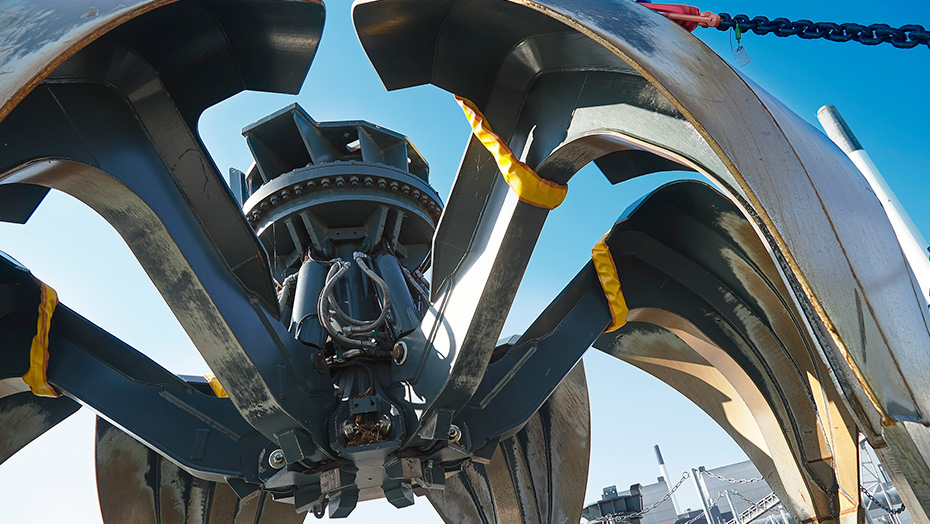 Heavy handling in the capital

The solid steel structure of the platform had to be built in four parts due to the road transport leaving the facility. They were bolted together on site. At the same time, N.C. Nielsen in co-operation with HOFOR also designed a “pot” to transport polygrabs when closed in case they were to break - from the quay to the newly constructed grab workshop.

The internal transport solution is also driven by common sense, proven technology and solid transport equipment able to withstand wear and tear at the port. The 4WD Terberg RT223 terminal tractor has a fifth wheel capacity of 35,000 kg, meaning that there is plenty of power reserve to manoeuvre transport platforms and trailers when the grabs are towed safely, efficiently and quickly to their proper place.

A simple transport solution to fit into the green philosophy of the power station has been crucial to HOFOR Amagerværket:

- We’re in the middle of a huge transformation process with focus on green transition. Going from a coal-powered plant to a biomass plant able to supply hundreds of thousands of consumers with green energy is a major change to us. We’re happy with the N.C. Nielsen solution that fits perfectly into our green profile and need for simple, safe and efficient transport of the grabs of the cranes, says Rene Christiansen, Head of Section, HOFOR Amagerværket.