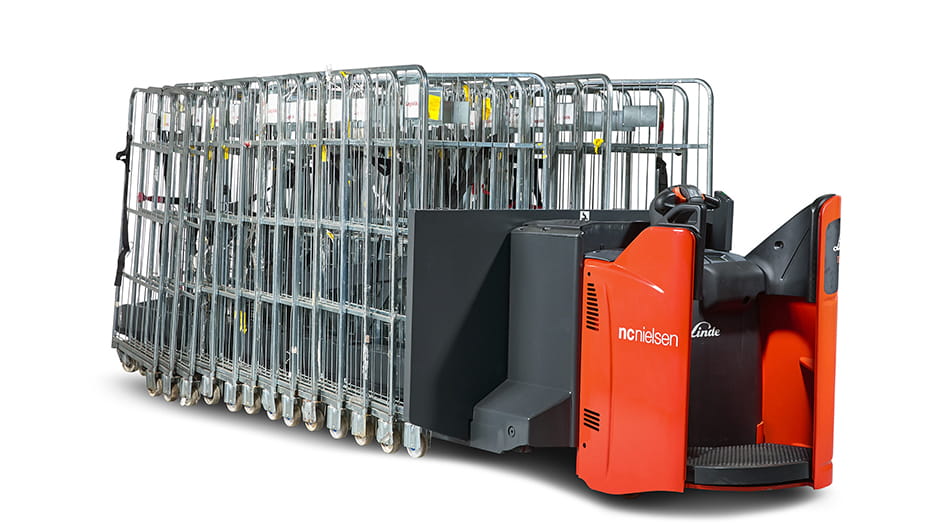 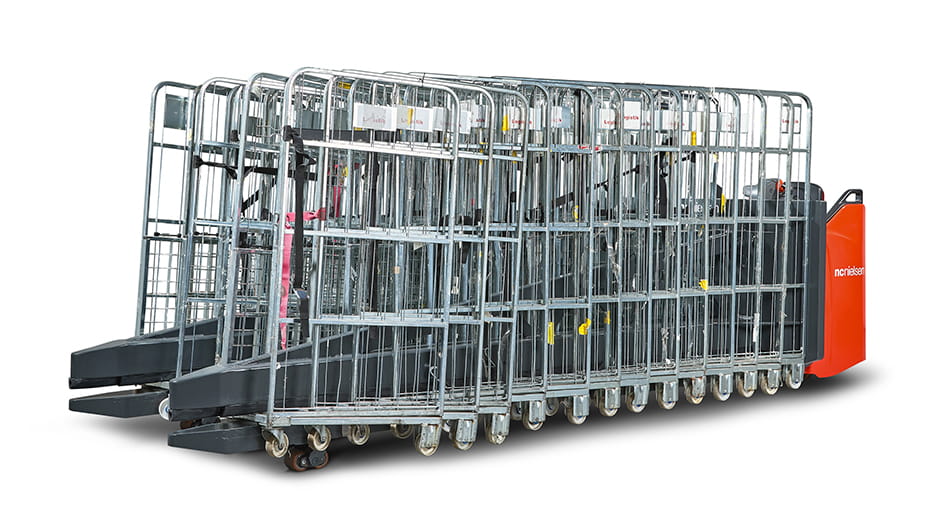 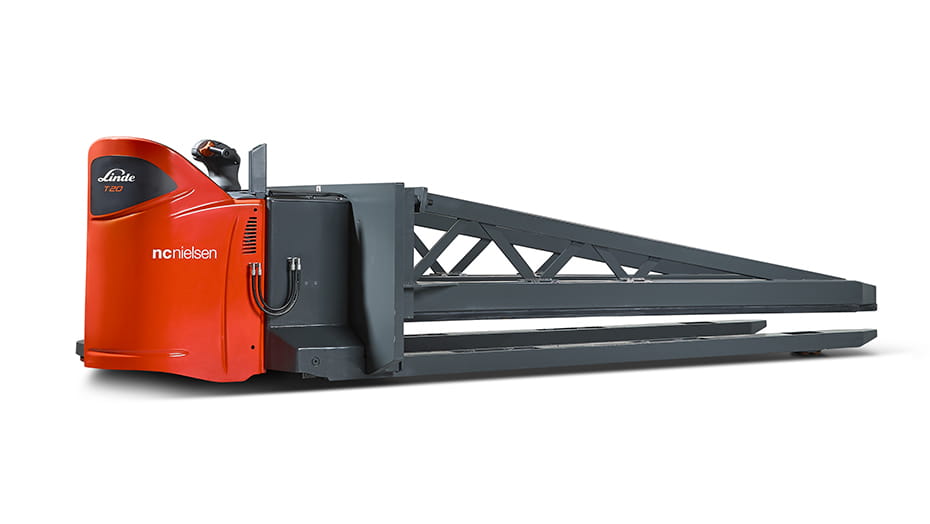 The NCN Trolly Cart solves a common problem, i.e. the need to transport a lot of trolly carts over long distances. It therefore makes sense to gather the empty trolly carts in bundles and move them together, in order to handle new tasks in the warehouse. The specialised machine does this instantly by placing the long fingers underneath the trolly carts, lifting them up and attaching them with upper clip pliers and drive on:

– We have developed a reliable and robust specialised machine. The different distribution centres are very busy, and the machines need to be versatile. We have built a very robust specialised machine which makes it easier to handle several trolly carts at a time and transport them over long distances in the big distribution centres, explains technical director Per T. Nielsen from N.C. Nielsen.

The specialised machine has been constructed as a converted Linde T20AP with new forks at two levels that are 3.5 metres long. The forks are specially built to be placed underneath two rows of 15 trolly carts each which are lifted up, attached by the upper clip pliers and transported to their destination. This manoeuvre takes place very quickly, and the trolly carts then move on to their next stop.

– We have focused on the lift itself, and the need for the operator to keep the full overview from the platform. The operator is well-protected in the operating position and does not need to step down from the machine to handle the trolly carts. The visibility is good both when moving forward and backward, and the machine can drive quickly, keeping the load stable over long distances, explains Per T. Nielsen from N.C. Nielsen.

Would you like to know more about our specialised NCN Trolly Cart, please contact technical director Per T. Nielsen

nc-nielsen.com use cookies to improve your user experienceAcceptLearn more about our ussage of cookies
English - UK DK SE